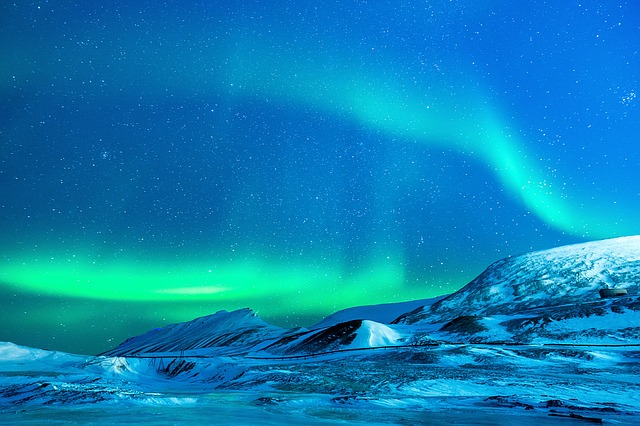 Darkness…
Only darkness for 3 month.
The sun never goes up over the horizon.

This is the reality on Svalbard, Norway.

The Svalbard Islands are located in the Arctic Ocean, halfway between Norway and the North Pole. On Svalbard, you will find an arctic wilderness and a wildlife that is unique.
Svalbard has been one of the destinations on my bucket list for so long but now, after being there I can say that it is a really unique place that you should visit at least once in your lifetime.

During winter Svalbard is under darkness for 3 months.  I was here for a few days January with my friend Samuel and it was really cold, around -20C during our visit. We really wanted to see the Northern lights (Aurora) and in this period the chances of seeing this phenomenon in this region are really high.

Before I continue I want to say sorry for the quality of the photos. Most of them are taken with an iPhone 6 in the darkness.

How to go from Stockholm to Svalbard?

We flew with the Star Alliance partner SAS from Stockholm(ARN) -> Oslo(OSL) -> Tromsö(TOS) -> Longyearbyen(LYR) and landed in the middle of the night at 02.00.

We were welcomed by this big man. A Polar bear.  By the way, I would say that Svalbard a place where you cannot leave the town without an armed local guide because of the polar bears. There are around 2000 polar bears around there. More bears the people during winter.

We took a taxi to Svalbard Hotel where we booked our stay. I can really recommend this hotel. It is newly renovated and really fresh. I also want to mention that the breakfast here was really good as well. 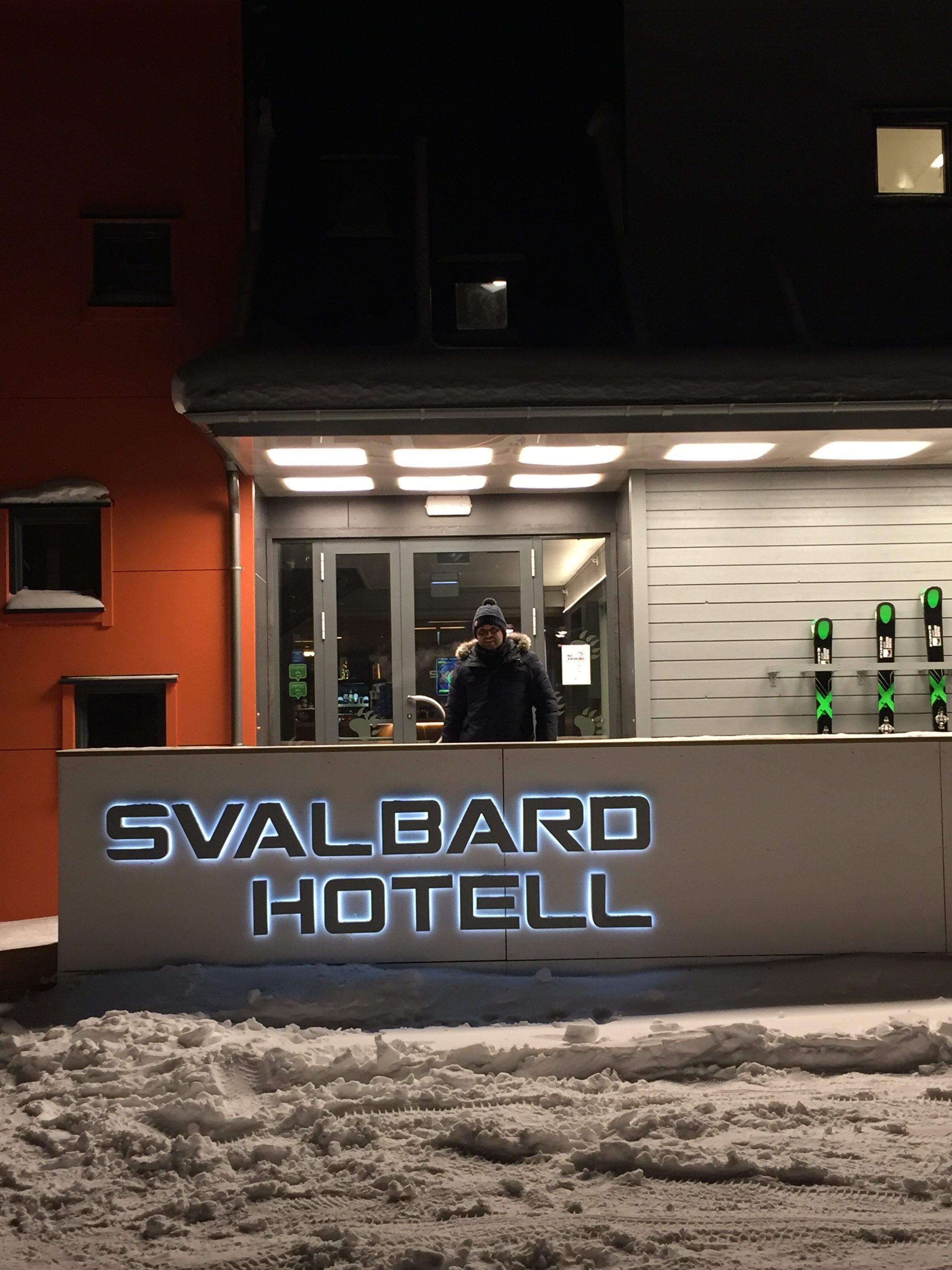 What to do in Svalbard in winter?

The first day we visited Svalbard Museum that was a bit disappointing. Price: 90 NOK (Norwegian kroner). 90 NOK = 10 Euro. Not so much to see here.

After that, we took a tour with the local guide Viggo. Price 290 NOK. He talked about how it was to live on Svalbard and the history of the city Longyearbyen. How the city was bombed by the Germans during World War II. First, he took us to a place close to Gruve 7 (Coal mine number 7)where scientists check the interaction between the sun and earth. The antennas are massive.

After that, he took us to a place where I really wanted to go for a long time: The Global Seed Vault.
This is the place where countries can store seed from their fauna in the case of a disaster at home. They can then ask for their seeds to grow them up again. They are really safe here in the permafrost. The vault is really close to Gruve 3 (Coal mine number 3)

The second day we had booked a Dogsled tour. (Price: 1290 NOK around 130€). We were picked up by our guide that drove us to the dog yard or the kennel that a place where they breed dogs are called where we could meet our four-legs friends. We were introduced to the equipment and the huskies. We got warm clothes to survive the cold.

Me and Sam were told to help to put 6 dogs to our sled. It was a nice experience to do. The dogs were so happy and wanted to run away directly 🙂

After 30 minutes we were ready to go. Our guide had her rifle with her all the time if we were going to meet a Polar bear. The dogs were enjoying to run and we really needed to hold on to not fall off the sled.

The first part I was driving the dogsled while Sam was in the sled. The 6 huskies were really running fast. Some parts were hard to drive but we made it. After 30 minutes or so we stopped to change driver. I jumped down in the sled and it was Sams turn to drive all the way back to the kennel.

Nature is so magic here. The arctic landscape is so beautiful. Everything is really quiet. You can only hear the dogs soft footprints in the snow.

When we were back we helped with putting the dogs back to their small dog houses. After that, we got a warm cup of coffee and started our trip back to our hotel. What a wonderful day!

The rest of the trip will be posted soon. We saw the Northern Lights and I will give some tips for you to have this amazing experience in the next post!